Polymer Clay A Clay Like No Other for Happy Hands 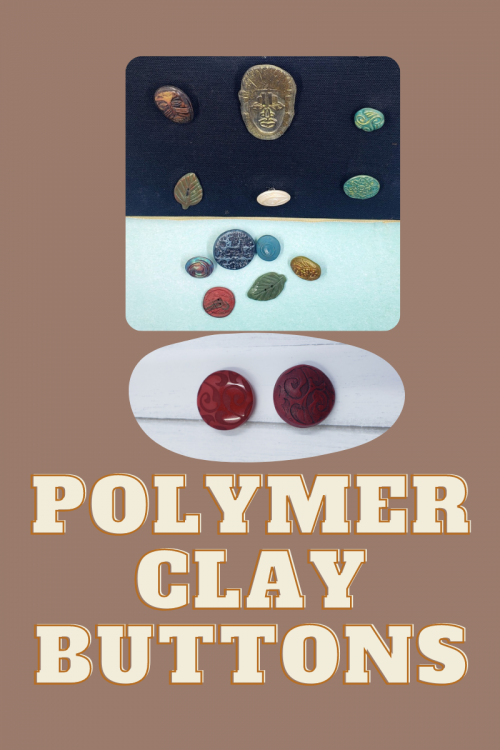 When people talk of clay, just regular clay, they might be thinking of the soils in their backyards. Unless they are crafters, pottery makers, or mixed media artists, then there are several different types of clays.

Polymer clay has been around since the 1930s when a woman named Kathe Kruse developed a clay product to use for doll heads. While the compound did not work for her, she turned it over to her daughter, Sophie (Fifi) Rehbiner- Kruse. Fifi sold the formula in 1964 to Eberhard Faber. He then developed it into Fimo, which is now sold by Staedtler, a German company.

The American company, Polyform Products Company, started developing their own version Sculpey, in the early 1960s and first sold it at craft fairs before being sold in stores. There are now over 15 different variations of Sculpey that are sold on their website or in craft stores.

I will have a class on Making Buttons and Gems from Polymer Clay on May 22, 2021 at 1 pm. Click on the link to sign up for the class.